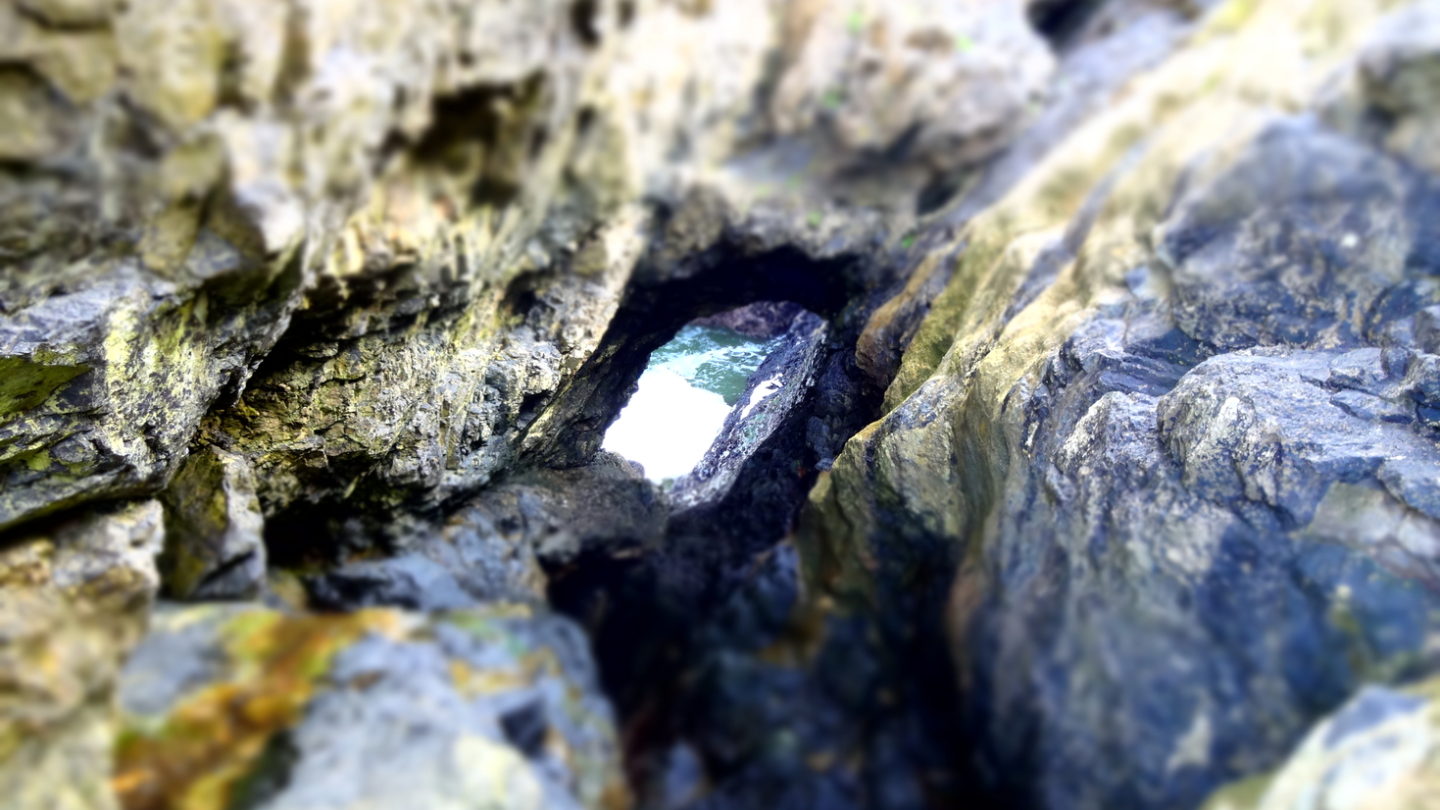 The Fairy Bridges is rich in all sorts of materials and it is believed that a fault line runs directly underneath the area. Lead, Gold, silver and zinc are all thought to have been mined for, as far back as the 1600s. The area has been of significant interest to geologists and archaeologists in the recent past.

To the north of Bundoran, at Aughrus Point, the boundary between the lower limestone and the ”Calp” shales is well defined. The limestones are highly fossiliferous, especially about the Fairies Bridge. Some of the beds near the point have numerous veins of calcite; the general dip is to the south, curving gradually round to the S.W. direction

To the north of Bundoran, scmewhere in the Tullan Strand, there must be a considerable east and west fault, with a downthrow to the north, by which the sandstones of the Calp series have been thrown down on the north, and the Lower Limestone brought up on the south.

Localities from which fossils were collected…

The rocks at Rougey Bundoran are generally fossiliferous Carboniferous marine limestones belonging to the Ballyshannon Limestone Formation. They belong to the lower part of the Carboniferous system called the Chadian and are about 345 million years old. They are overlain at Aughrus Point by the Bundoran Shales. There is a long East-West fault running along the edge of the cliff section which is recorded in the Memoires of the Geological Survey 1891. In the memoir a number of quarries are mentioned including the following from,

On close examination of Sheet 31 the map legend symbol for lead can be made out clearly half way along the Bundoran-Ballyshannon Road close to the estuary almost where Finner camp is today. It was reported that a British army sapper discovered lead in the area so it is possible this was mined for lead ore to make bullets. Supposedly people mined underneath the sea-bed at one time here.

Formation of the Sea Arches

The Fairy Bridges at Rougey Cliff Walk Bundoran probably started out as cave. There is an extensive fault running along the cliff and the fault wall is clearly exposed at the Bridges. Undoubtedly this fault has created area of weakness that has been attacked by the sea. The strong tides and regular winter storms likely exploited weaknesses in the structure of the cliff face and once inroads were made exploited variations in bedding. A cycle of erosion of softer layers by hydraulic action, wave action and abrasion exposed the underside of stronger overlying beds.

Variations in pressure caused by rapid incoming waves trapped pockets of air against the underside of these beds resulting in sudden high shock pressure, forcing air into joints and cracks. Combining this with a sudden drop in pressure by rapidly receding waves generated loosened sections of the bedding in blocks causing eventual collapse of the cave roof. A high tidal range attacking the cliff from the base exerts control over the height of the cave and the geological structure of the rocks formed an arched cave. Small opening and weaknesses were enlarged and formed blow holes which have expanded over time, to form two large blowhole openings. On stormy days’ great gushes of water are sprayed out of these openings like geysers from the onrushing waves below.

These days they are a delightful tourist attraction enjoyed by visitors and natives where you can make a wish or just enjoy the views.