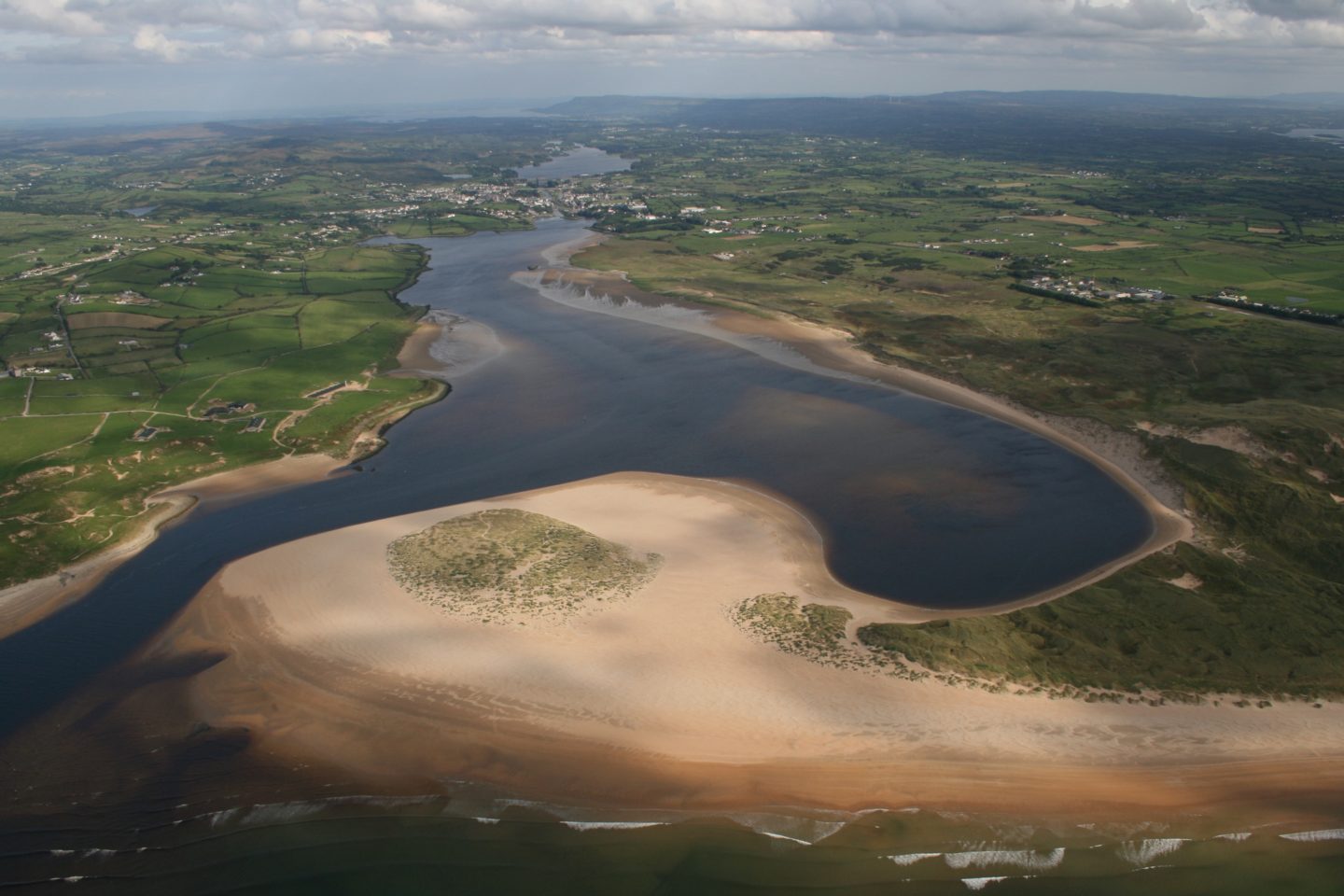 The problem of neutrality was highlighted when a request came from Britain to allow allied planes fly over a portion of Donegal. Flying boats based  in Lough Erne, at St. Angelo and  Castle Archdale in Fermanagh, were used to protect allied shipping convoys. The planes had to fly north via Derry and this meant that their range of protection was limited, by the amount of fuel which the plane could carry. This was to pose serious diplomatic problems for the Irish government when the request for the  use of our air space was received in January 1941. Permission was granted for Allied planes to fly over an area from Inishmurray to Lough Melvin, including the area along the Erne from Belleek to Ballyshannon and Bundoran which became known as The Donegal Corridor. This was to be of  immense value to the British, American and Canadian planes and the sight of planes over Ballyshannon was a regular occurrence during the Emergency.

By the 27th ( January 1941) the AOC of Coastal Command, Air Chief Marshal Sir Frederick Bowhill, had received from the Department of Operations (Naval Co-Operation) a letter outlining the rules of the game. Flights of Eire  territory were to be at a “good height”; the route over the military fort of Finner was to be avoided; and the arrangement was to be kept as secret as possible. Sir Frederick was reminded that personnel sent to Lough Erne should be warned not to discuss with local inhabitants the route used by the flying-boats. He was reminded that advantage was to be taken to operate aircraft from Lough Erne as soon as arrangements could be made.

Diplomacy and Censorship in the Donegal Corridor

An Irish solution to the problem of neutrality in this area was secretly agreed. The Donegal Corridor was to witness a number of  crashes  as planes ran out of fuel or had navigational problems in the Ballyshannon-Bundoran areas.An incident in April 1941 at Bundoran was to highlight the difficulties faced by the military on the ground in resolving diplomatic issues. A Saro Lerwick L7167, L-Love, Flying-Boat, ran out of fuel and landed in Bundoran Bay at 13.30  on April 10th 1941. Log books and code books were dispatched to the bottom of the sea in a weighted bag. Pilot Officer Briggs alerted flying control in Lough Erne and requested fuel. Meanwhile Finner Camp had been alerted and a motor boat put out from Bundoran which brought the  R.A.F. crew ashore. A Stranraer flying-boat with drums of fuel landed in the bay and after telephone and wireless negotiations the crew were allowed to later board their Saro-Lerwick Flying-Boat and refuel. By 18.25 both aircraft were on their way back to Fermanagh. 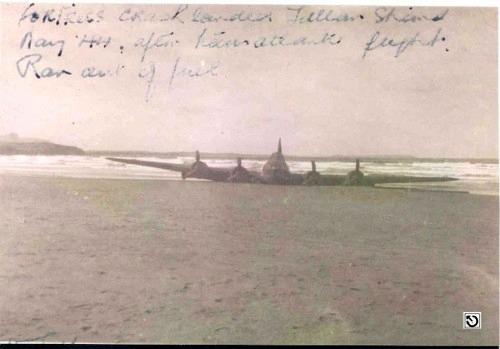 Boeing Flying Fortress plane which crash landed at Tullan Strand ran out of fuel after a Trans-Atlantic flight.  All the crew survived.

This first incident was to provide lessons and experience  for future diplomatic  incidents. Tullan Strand at Bundoran was to feature in another incident on the 10th May 1943, at 09.15 hours, when an American Boeing B-17 Flying Fortress heavy bomber no. 23143 crashed due to a lack of fuel.This plane could carry up to 17,600 pounds of bombs. Its armament consisted of 13 No. 0.5 inch Browning machine guns.The plane was on a ferry command transport flight from Newfoundland to Lilleport Aerodrome in England. The plane’s undercarriage was damaged on landing but the aircraft was salvaged.

The following were the crew of ten: Lieutenant Harry Fonde, Lt. Robert Bepandahe, Lt. Kurt Freund, Lt. George Kain. Sgt. Joseph Dapon, Sgt. Bruce Hutmann, Sgt. Paul Matthew, Sgt. John Paznac, Sgt. John Semac and Sgt. Walford Bradshaw. All members of the crew were uninjured. A group of golfers attending an annual golf outing of Press v.Advertisers witnessed the crash, as Bundoran Golf course overlooks Tullan Strand. Naturally some of the press saw a scoop and took photographs but, in line with the censorship laws in force at the time, the military confiscated the films. The army at Finner were on high alert as they guarded the plane on Tullan Strand and negotiations took place, as to how the plane and its crew should be returned across the border to Belleek. A local anecdote suggests that a plane got stuck in West Port at Ballyshannon as it was being transported back to Northern Ireland. It had to be returned to Northern Ireland by a cross country route. In 1943,  a thirty foot white numeral depicting the word Éire was embedded on Aughros Head, overloooking Tullan Strand, as a navigational  aid for U.S. and British Planes.

On 23rd January 1944 sadly 8 airmen lost their lives when their Halifax plane crashed at Tullan Strand. Read more about this here